Under the Biden Adminstration, Has Immigration Policy Really Changed?

Under the Biden Adminstration, Has Immigration Policy Really Changed?

In the lead-up to the 2020 election, immigrants and immigration activists put a substantial amount of hope into Vice-President Biden’s candidacy to reform immigration and allow for kinder policies. Former President Donald Trump’s policies, were harsh, restrictive, and anti-immigrant.

Now nearly two years into the Biden Administration’s tenure — has much changed?

What Has The Biden Administration Done To Help Immigration?

Depending on who you ask, their opinions on what the Biden Administration has done for immigration and how helpful those changes are will vary. But, for the most part, the changes have been modest.

When you analyze executive actions, The Migration Policy Institute (MPI) logged 296 executive actions on immigration one year into Biden’s tenure in office. In comparison, the Trump administration inked 86 executive actions during its first year and 472 during its four-year term.
Some of the current administration’s critical progress is on ​​eligibility for temporary protection for 430,000 immigrants, raising the refugee resettlement ceiling to 125,000, and proposing restructuring the asylum system at the southwest border.

Where Is President Biden’s Failing On Immigration?

However, much of the criticism stems from the lack of progress on two of the President’s key campaign promises: legalization for the country’s unauthorized immigrants and rebuilding an asylum system at the U.S.-Mexico border.

In addition, critiques say Biden took too long to repeal the Trump-era Title 42, which kept immigrants out of the country and unable to apply for asylum due to Covid-19 concerns.

The refugee cap also remained low throughout his first year in office.

The administration is also failing on its promise to reunite families that were separated at the border.

What Should I Do If I Want To Apply For An Immigration Status Change In The US?

If you’re seeking a change in immigration status or want to apply for asylum, reach out to Fay, Grafton, & Nunez right away. Your best chance at obtaining the ability to live in the United States is to work with an experienced immigration attorney who knows and is up to date on the ever-changing immigration laws.

Our firm offers $200 immigration consultations to help you build the best case possible from the start. 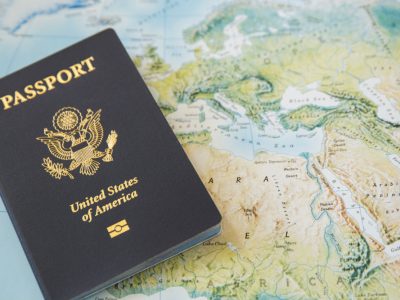 Read More
What is Required to Qualify as a Refugee?Previous Post
3 Common Mistakes Made While Applying for CitizenshipNext Post