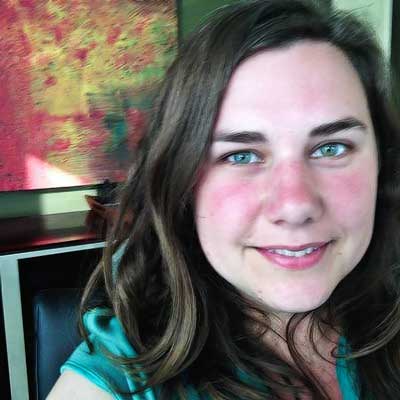 Elizabeth Hutchens is an Associate Attorney at Fay, Grafton, Nunez in Raleigh, North Carolina, where she practices immigration law.

Elizabeth received her law degree in May 2017 from UNC School of Law. While there, she was a staff member for the International Law Journal, and a board member of the First Amendment Law Review. She also was the Pro Bono Coordinator for the Immigration Law Association and Child Action. She managed pro bono projects which combined the goals and interests of both organizations. Elizabeth facilitated projects between law students and AILA attorneys to prepare country conditions packets to encourage more attorneys to take asylum cases for the Immigration Law Association. Through Child Action, she worked with other non-profits in Charlotte to research family court arguments for Special Immigrant Juvenile custody complaints in Mecklenburg County.

Elizabeth was born in Elkin, North Carolina in the North Carolina Foothills, where she developed a pretty mean jump shot. Beth studied Spanish and Political Science at UNC Chapel Hill. Along with her Spanish studies Elizabeth spent a semester in Buenos Aires, Argentina and attended classes in Sevilla, Spain for a summer. She played club basketball at UNC. After college, Elizabeth moved to San Francisco and began working as a behavior therapist at a non-profit that specialized in Applied Behavioral Analysis for children with autism. She moved back to North Carolina to be closer to family and pursue a law degree.

Elizabeth is currently President of Family and Immigration Lawyers of Orange and Chatham Counties (FILOCC). FILOCC provides resources and free CLEs for family law attorneys and immigration law attorneys who work with immigrants and their families in North Carolina, with a specific focus on Special Immigrant Juvenile Status (SIJS) cases.

We offer $300 consultation sessions for Immigration Law matters (1 Hour) and complimentary consultations for Criminal Law matters (30 min).  We can be reached in our Raleigh or Asheville offices.  We are upfront with you about our likelihood of success, we are creative in finding solutions that work where other firms have failed, and we know the law from top to bottom. Let us bring our experience to the table and help you with your legal issues.

Click here use our online calendaring system to schedule your consultation that could give you the help — and hope — you need.

If you would like to speak with someone directly, call us