What Does Donald Trump’s Election Mean for Deferred Action for Childhood Arrivals (“DACA”)?

What Does Donald Trump’s Election Mean for Deferred Action for Childhood Arrivals (“DACA”)?

On November 8, 2016, Donald J. Trump was elected the 45th President of the United States and with his election has come many questions about what this means for immigrants in the United States. While many questions have arisen about deportation enforcement and other various immigration policies, attorney across the country are fielding numerous calls about what this may mean for recipients and applicants of Deferred Action for Childhood Arrivals (“DACA”).

On November 21, 2016, Donald Trump released an outline of his plans for his first 100 days in office. Included in that plan was a statement that he intended to “cancel every unconstitutional executive action, memorandum and order issued by President Obama.” DACA was a program created by President Barack Obama through an executive order on June 15, 2012 and the question now remains whether this is one of the “unconstitutional executive action[s]” that Donald Trump intends to cancel.

By way of background, DACA is a program that allows children who arrived in the United States before they turned 16 and before June 15, 2007, have completed or are in enrolled in high school or a GED program, and have not been convicted of certain crimes to apply for a work permit. Although, DACA does not confer any permanent legal status, it does protect recipients from deportation in many cases and grants its recipients employment authorization. It also creates an avenue for its recipients to travel outside of the United States temporarily to visit family members, take part in educational opportunities, or travel temporarily for work through Advanced Parole. Traveling under Advanced Parole can also allow some DACA recipients to apply for lawful permanent residence through an immediate relative.

Here is what we do know: DACA is a program that was created by executive action that can be terminated by a future President and President Elect Donald Trump has stated that he intends to cancel any “unconstitutional executive action[s].” What we do not know is whether he perceives DACA to be an unconstitutional action by President Barack Obama. If he does intend to terminate the DACA program, we do not know how soon he may do that and whether any prior applicants or recipients may be grandfathered. We do not know if previously issued and valid employment authorization documents would be terminated immediately or whether they may simply expire. The only thing we can do right now is provide legal advice to each client based on his/her specific situation. In certain cases, we will consider the possibility of filing an initial DACA application or an Advanced Parole application. In many cases, we are filing renewal applications for DACA recipients if they are within the appropriate window to do so. But each and every case is different and we encourage anyone who is considering filing an application to schedule a consultation with one of our immigration attorneys as soon as possible. Call our office at (919) 828-5570 to schedule your consultation. 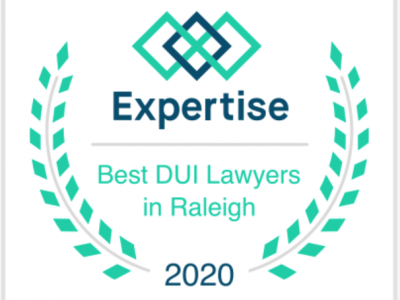