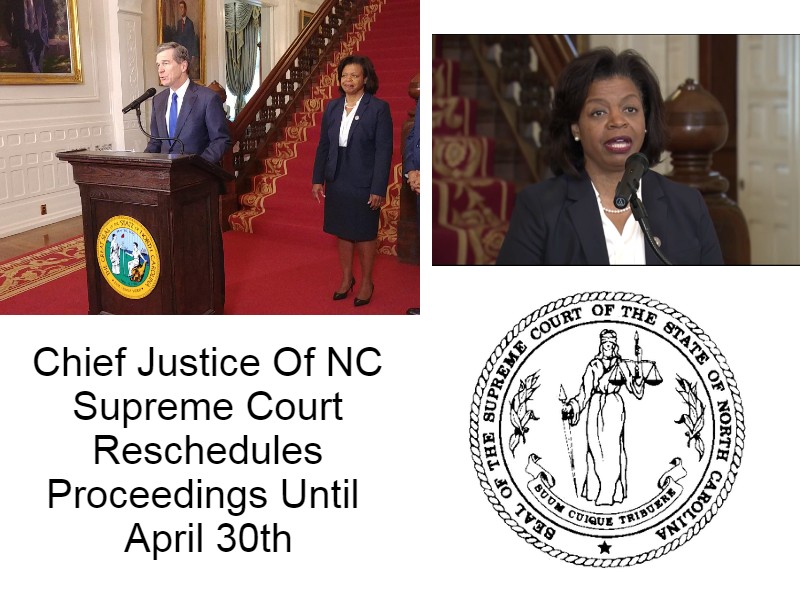 March 10, 2020 Governor Roy Cooper declared a state of emergency in North Carolina. The Chief Justice of the Supreme Court declared under N.C.G.S. § 7A-39(b)(2) that catastrophic conditions resulting from the public health threat posed by COVID-19 exist in all counties of this state.

Although the superior courts and district courts remain open, two emergency directives are necessary to reduce the spread of infection.

I order that all superior court and district court proceedings be scheduled or rescheduled for a date no sooner than 30 days from the issuance of this order, unless:

This emergency directive does not apply to any proceeding in which a jury has already been empaneled.

This emergency directive does not apply to grand juries which have already been empaneled.

Additionally, I encourage the superior courts and district courts to liberally grant additional accommodations to parties, witnesses, attorneys, and others with business before the courts who are at a high risk of severe illness from COVID-19.

The directives contained in this order will take effect Monday, 16 March 2020.
This order may be extended in whole or in part for additional 30-day periods if necessary. 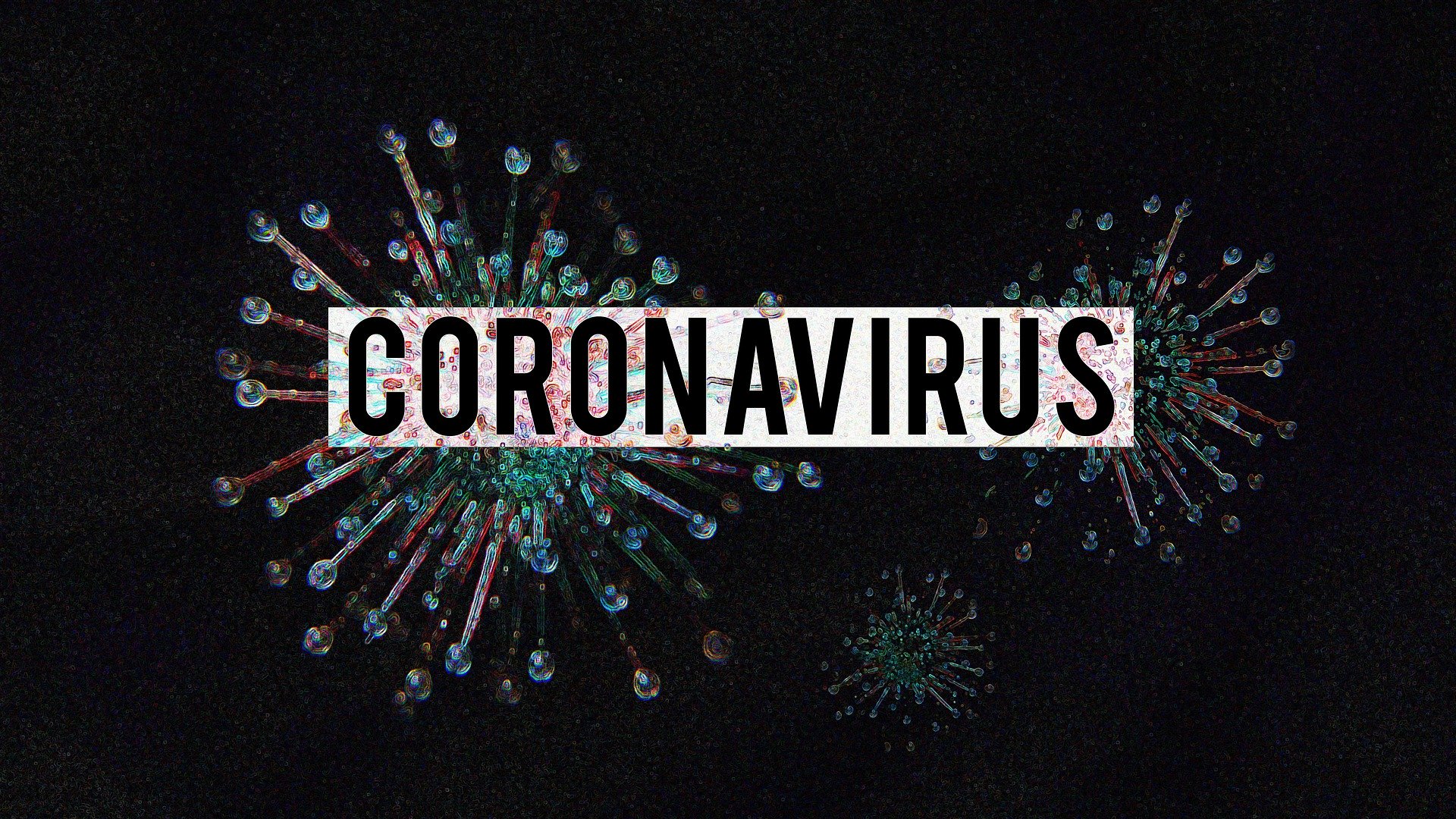 In order to help battle the spread of the Coronavirus, our office is changing all face to face client meetings to phone calls and/or Skype videoconference meetings.

When it comes to our physical offices, though we are taking extreme precautions to mitigate any risks of the pandemic caused by COVID-19 for our customers and staff, we have still received many questions and wished to proactively address how we are responding:

There are simple things the CDC recommends you do to help keep yourself and others healthy if requested to visit our location for any reason:

We will continue to monitor the evolving COVID-19 situation and make every attempt to keep you informed. Emergency notifications to staff and patients will be conducted through our emergency communication channels including text notifications, telephone calls, and communicated directly to customers. 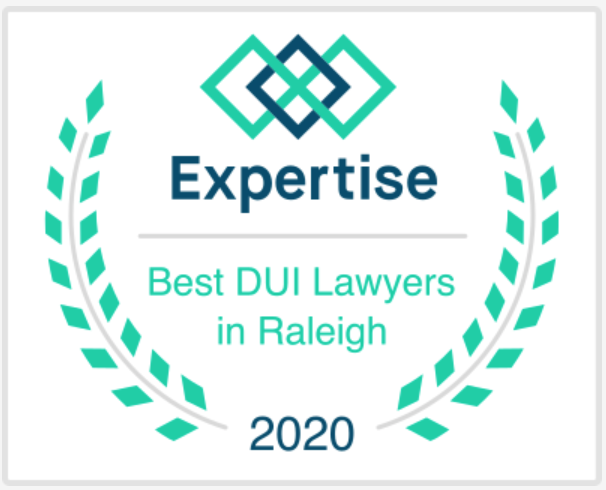 Fay Grafton Nuñez received recognition as a Top Raleigh DUI Attorney source by the ratings agency Expertise. The firm was chosen after an extensive selection process. Here is how the firm was measured:

See What Expertise.com
Had To Say

Why These Personal Injury Attorneys? 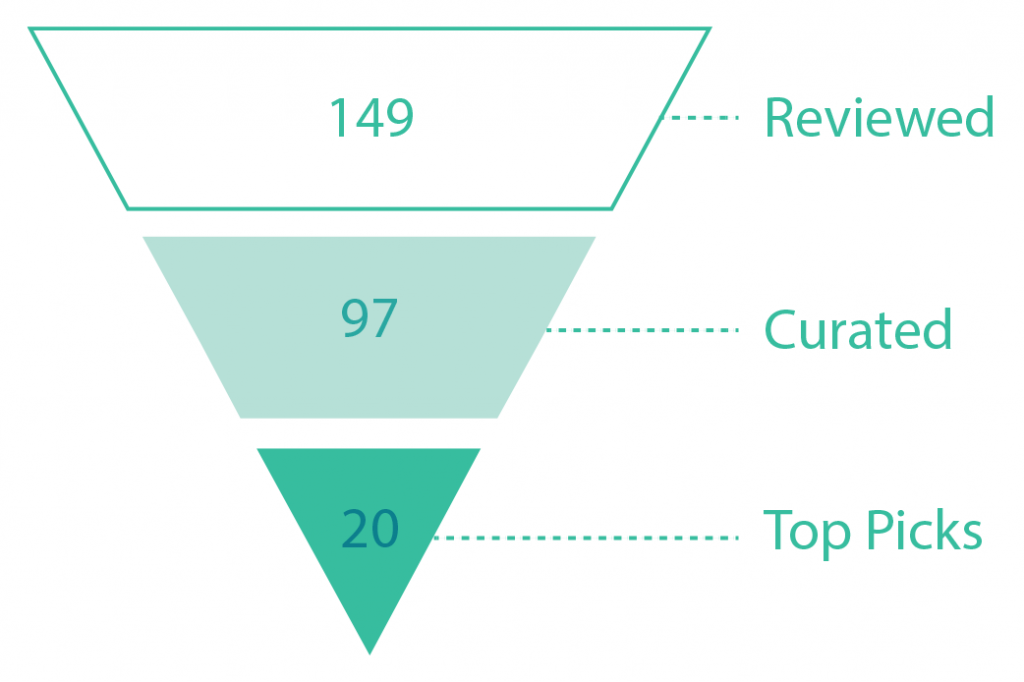 A history of delighted customers and outstanding service.

Masters of their craft, based on years of practical experience and education.

About NCAJ: “For over 50 years, the North Carolina Advocates for Justice (NCAJ) has protected individual rights in North Carolina. NCAJ members, now 3,500 strong, represent those injured by the wrongdoing of others, workers fighting for their rights in the workplace, the disabled, those addressing family problems, consumers, those in debt, and those accused of crime. They include attorneys, legal assistants, law school faculty and students, and law office managers”. Source: www.ncaj.com

For more information into the inclusion criteria for this award, please see NCAJ.com.

In the past, LPR’s have been presented with this form at the airport where they had criminal convictions or had been absent for a long period of time, but in the last week, travelers are reporting that it may be common practice at the airport and even on the airplane. This is of great concern because, as reports have shown, LPR’s are being presented this form without having the ability to speak with an attorney about the ramifications. Generally, a CBP officer may tell an LPR if he signs this form, he will be allowed to withdraw his application for admission, instead of being deported. This offer can sound enticing to someone who doesn’t know that he has the right to have his case reviewed by an Immigration Judge and he may be able to win that case.

Because this form has come to the forefront, it is important to know that as an LPR, you continue to be an LPR until an Immigration Judge says otherwise (and that finding is upheld on appeal). If you are an LPR returning from foreign travel, there may be ways to prevent you from losing your green card, including explaining why you were absent for a long period of time or applying for a waiver of a criminal conviction. If you are an LPR and are returning to the United States, do not sign an I-407. If you are put in removal proceedings, contact an immigration attorney for help fighting your case. You may still be allowed to withdraw your application for admission in front of the Immigration Judge, despite what you may be told by a CBP officer. If you have any questions about your case, please call our office at (919) 828-5570 to schedule a consultation with one of our immigration attorneys.

On a similar note, if you are an LPR and you intend to travel, you should contact an immigration attorney before you do. The ability to run background checks and fingerprints at the border has changed dramatically and you should not assume that because you have not been stopped before that you won’t be stopped now.

The Order demands that an unspecified number of asylum officers and Immigration Judges be sent to the southern border to handle credible fear and reasonable fear determinations and conduct the required court review of those determinations. When an immigrant is caught at or near the border or presents himself for admission to the United States without a valid visa, if he states that he has a fear of return to his home country, the law requires that an asylum officer interview him to determine if he has a viable claim to asylum. This order for the allocation of officers and judges seems to be an attempt to streamline this process at the border, which may limit the ability of applicants to be advised by legal counsel and ensure that they are prepared for this intense questioning.

The Order also calls for the end of “catch and release,” however does not set forth a plan for processing immigrants at the border in the event of a lack of bed space in detention facilities. The Order also purports to limit parole authority, meaning the ability of border officers to allow immigrants to enter the United States to attend their removal proceedings without being in a detention center.

All in all, we expect to see increased immigration enforcement both locally through law enforcement, as well as at the southern border. As a result of increased enforcement and decreased discretion, we expect to see additional and significant delays both in the processing of asylum applications filed by immigrants who have already entered the United States and in the processing of cases before the Immigration Courts. We also expect to see an attempt at increased detention, however, there seem to be many logistical and financial considerations that have not yet been addressed. Each and every case is very different and it is important to speak with a qualified immigration attorney if you have questions about how these orders may affect you or your family members.

If you have any questions about how these orders affect you, please contact our office and schedule a consultation.